The Battle will take place at Wauconda High School the evening of Thursday, February 20.

Here are the rules for The Battle. Read carefully and talk to your librarian if you have questions. Please note updates in yellow; these updates were made because we moved from a 14-team bracket structure to an 8-team structure due to some teams being unable to compete in the Battle. 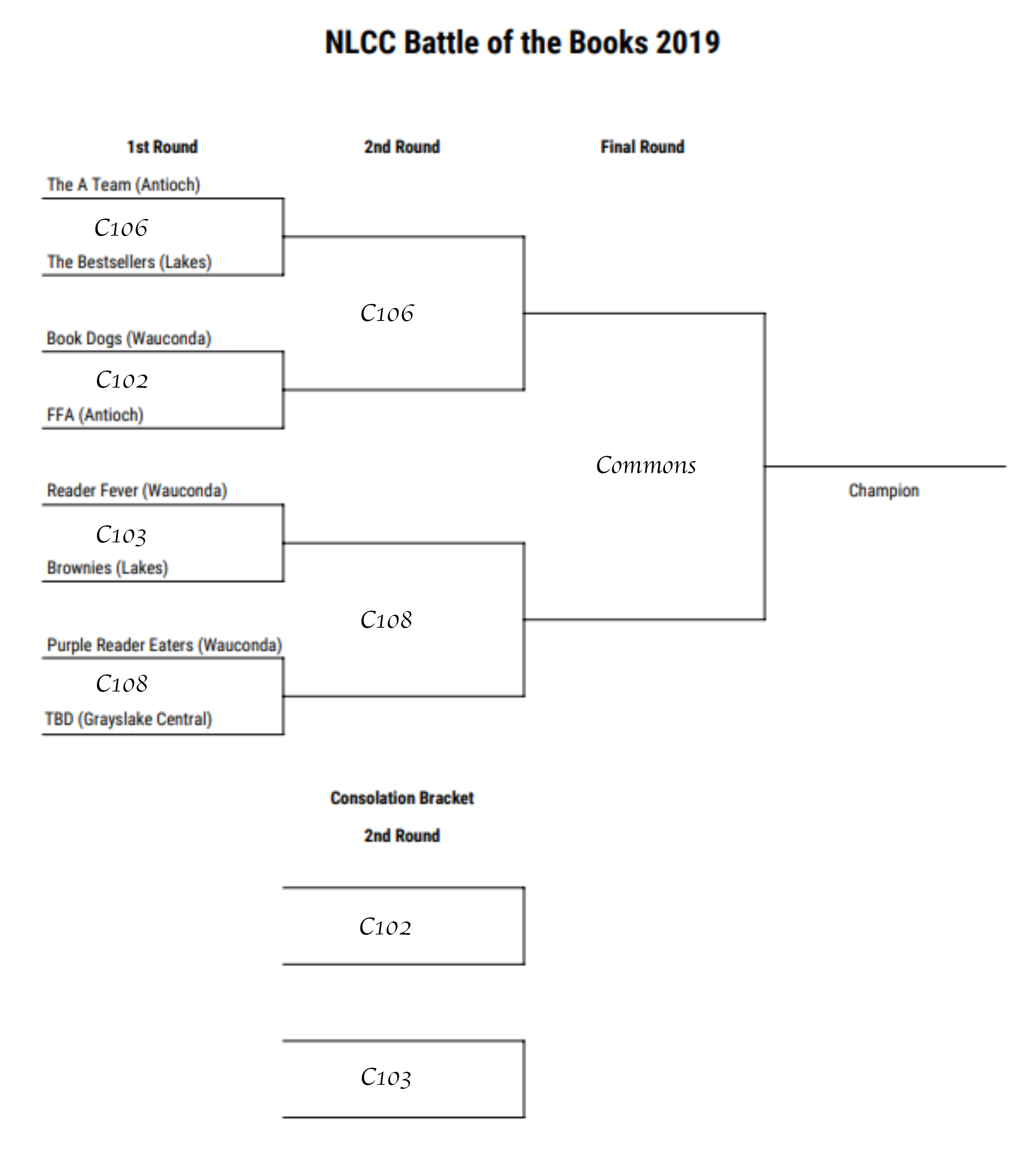